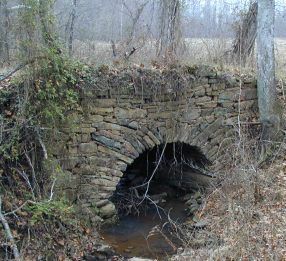 Thanks for clicking through!

I’ve asked you to read this because before I comment on what you’ve said or respond to you, I need to explain a couple of things, and it’s easier to do that here than inline in the discussion.

I invited you here because either:

At this point, I can’t be sure whether you’re a Green Cheese person, a ski-mask person,  a 15-rule person, or someone inviting genuine debate, and I’d like you to tell me which you are.

I’m also assuming that you’re prepared to show the same politeness you would if we were both in public, identified, with witnesses and police present. If you just want to indulge in anonymous abuse, put on a ski-mask and shout at yourself in the mirror. At least you’ll have an audience.

Let’s agree some rules. If you don’t agree, don’t respond. Simple, and saves us both time if we really have nothing to say to each other, and your silence will be used as indicative of what you probably are. Beyond asking you to read this, I won’t respond to you unless we’re agreed here. I may of course label you, based on your lack of response.

I think those are reasonable and unremarkable requests, and of course I’m happy to follow them as well. If you’re happy with that, we can continue.

For example, if you have said something like “Everyone knows that the ABC is full of lefty bleeding hearts”, or “Most asylum seekers are economic migrants”, then I’d expect you to be able to provide some survey, or statistics, or some tiny shred of evidence to support your assertion. It’s not that I don’t trust you, it’s just that I like assertions to be backed by evidence.

Otherwise, it’s just something a random stranger said in the street. I met a bloke in the street the other day who said the moon was made of green cheese, but he declined to provide any evidence, so I ignored him. There’s not much point having a discussion with someone who just makes stuff up and expects you to believe it. If what you’re saying is factual, then there should be evidence to back it up, and that doesn’t include your best mate, who says “Yes, he’s right, the moon is made of green cheese”. I’m talking about some acknowledged external source, preferably published, preferably reviewed, preferably that can be independently confirmed.

So if you say “Everyone loves the Prime Minister”, then if there are polling results to show that, tell me about them. Otherwise, it’s just green cheese. If you can’t or won’t do that, then you’re just another Green Cheese guy. I’m sure you’ll find someone else who believes the same thing, the streets are full of all kinds of people. Have a chat with them. I have better things to do with my time than exchange unsupported assertions with total strangers. Really.

Here’s a short list of standard web debate disruption techniques. The full list is explained here, and there are longer versions here and a slightly different focus here. You may have used one of these techniques without realising it, or you may be a skilled practitioner. Either way, tell me why it’s not a reasonable description of what you’ve done.

If you’ve already been rude or deliberately inflammatory without any facts, then I’m afraid the conversation is already over. Sorry to have wasted your time in reading this, your ski-mask and mirror are waiting.

So, if you’re happy with my proposal, and you’d like to continue with the conversation you’ve started in the other forum, please indicate by leaving me a comment below, or providing your facts. In the comment, or in the forum, please provide evidence to support whatever unsubstantiated claim you’ve made, or why my claim is false.

Finally, you may be wondering why this is titled “Under the Bridge”; then again, you may not, or you may have guessed, but it’s my page so I’ll tell you anyway.

It’s because there are roughly three things you’ll find under a bridge: the first is water, and in the end all this is just so much water under the bridge; the second is rich people unexpectedly flouting the law  as envisaged by Anatole France; and the third is trolls.

The comments section is below. Identify who you are in the other forum, supply your evidence, and go for it. I look forward to our discussion. Otherwise, did you know that the earth is flat, was created 6,000 years ago and there is no such thing as climate change?

2 thoughts on “Under the Bridge”

This site uses Akismet to reduce spam. Learn how your comment data is processed.