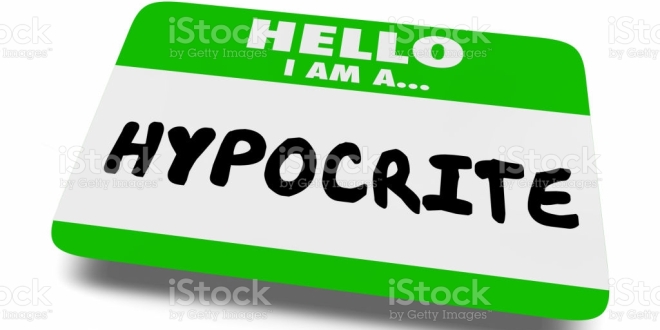 Imagine, for a moment, that you and your partner bought a home on a road leading to an industrial estate.

Trucks rumble and roar back and forth on the road both day and night. It’s not ideal, but it was one of the factors you considered before buying the house.

Nobody could say you’re happy about it, though. You’re concerned that the number of trucks is slowly increasing, and if anybody asks you’ll definitely agree that the truck noise pollution should be reduced—but it isn’t, for months or maybe years while you live by the road.

The first is Covid. The industries on the estate all but shut down and the number of trucks drops significantly, which is great; however you know it’s only temporary, it’s not a solution.

The other thing is that the companies in the estate start sending some of their trucks down new, different roads; roads through formerly quiet suburbs where their trucks have never been before.

Bizarrely, the companies claim this is necessary because of traffic congestion, although in a time of Covid this is patently ridiculous. They claim that it definitely would have been necessary, absent Covid, but their own traffic figures don’t support this argument at all. In fact on their figures it appears there won’t be congestion for many years to come, let alone any justification for sending trucks down quiet suburban streets.

Despite that, in a press release the companies claim that what they’re doing is fair, because everyone should “share” in the noise pollution from their trucks! What’s more, they say that in the interests of “fairness” nobody in any suburb should assume, regardless of where they live, that the trucks mightn’t roar past them as well, day and night!

Unsurprisingly the people living near the new truck routes and in the newly polluted suburbs are outraged and immediately form a protest group, but you have a dilemma.

You’ve always said that the noise pollution should be reduced; but now, just for you, temporarily it has.

So should you support this change, or fight it?

You also recognise that, unlike you, the new people didn’t choose a road with trucks on it, they chose a quiet road and that your momentary gain is at their direct cost. But for a brief time you’re better off, unlike all those people in the other suburbs, newly facing unexpected pollution.

You partner says “What if we move to a quiet suburb in the future? Do we want what’s happening to them now to happen to us? If we support this change we’re not supporting any real reduction in pollution, we’re actually supporting this fake ‘sharing’ argument that means that nobody is safe. We can’t do that.”

You consider your partner’s argument. The logical thing to do is to fight the basic proposition, because pollution isn’t reduced by spreading it around more. So it’s not logical to agree to it.

The moral thing to do is to join the people in the new suburbs in their protest. It’s not fair or reasonable that the pollution from your area is just dumped on them instead. Even self-interest tells you that if it’s allowed to happen to them then it can happen again, only additional noise could be moved onto you rather than away from you. Basic decency tells you that it’s not fair for people who didn’t choose roads with trucks to now have trucks driving past them, because, again, you wouldn’t want the same thing done to you in future. But fighting for their reasonable argument and the general good means you, personally, will get more noise back.

So there’s your dilemma: should you do the logical, moral thing? Or something else?

Well, this is where selfishness, sanctimony and hypocrisy kick in.

“I’m going to fight for noise reduction for everybody,” you tell your partner.

“You mean you’re not going to fight for their noise to be removed?”

“I mean I’m going to fight for everybody,” you reply.

“Nobody cares what I don’t say, what I do say is I’m saying I’m fighting for everybody…”

So you join the new people’s protest group, but instead of supporting their fight to stop the trucks on the new roads you do fight against it, silently. You sanctimoniously insist that everyone with trucks driving past, both old and new, is exactly the same and should be treated equally, knowing that an unstated consequence is that the new truck routes will stay.

Instead you argue that if they deserve to have a truck route removed, so do you, deliberately turning their protest against an unnecessary brand new route into a completely different argument about removing an existing, established route. You know, selfishly, that this doesn’t help their argument, in fact it makes it much harder, probably impossible, but you don’t care because all you’re focussed on is protecting your own short-term reduction.

You hypocritically accuse the new people of wanting to “increase” the pollution you suffer by removing their new routes, even though you know perfectly well that your pollution is currently much less than it was, and it would in any case be no more than the pollution you had just a few months previously—and in fact for years before that, and now probably for years to come!

You know perfectly well that the new routes were foisted on the new streets and suburbs, unexpectedly, unasked for and unfairly using spurious figures and faulty logic in a complete repudiation of reasonable town-planning and their reasonable expectations when they bought their homes. You know that there’s no similarity between the old routes and the new routes, but you pretend they’re the same.

You insist that the routes aren’t the problem, it’s just the trucks, and that the only “fair” and feasible solution to trucks being driven down new streets is that they should travel a little bit slower on all the routes, and maybe have different mufflers fitted. You insist that any solution has to be the same for everybody, despite the obvious differences, and you totally ignore the question of the new routes. You keep insisting that you’re “fighting for everybody”.

“We should concentrate on achievable goals, like better mufflers,” you argue. If challenged about the new routes, you say “Changing truck routes is too hard,” studiously ignoring the fact that the routes have, in fact, just changed, and neglecting to mention that the changes are to your short-term advantage. You know that loudly supporting “better mufflers” while remaining silent on the route changes is tacit support for the “fair sharing pollution” principle, which isn’t good for everybody but ultimately bad for everybody, but you simply don’t care.

You go further, and hypocritically accuse the new people of only caring about themselves, even though you know their arguments are about principles applying to everyone as well as specific situations. You refuse to acknowledge the reasonableness or ethics behind any of their arguments, even the arguments that would protect you, yourself, if you moved in future, and you hide the reality that in fact it’s you who only cares about yourself in your attacks on them behind the bogus arguments of “equality” and “fairness”.

In short, you’re selfishly prepared to sacrifice them and the entire community’s collective long-term protection against further abuses using these spurious arguments, just to safeguard a small-scale and short-term reduction for yourself, with a possible small reduction for all. You’ve actually supported the fundamental arguments and goals of the polluting industries at your own future expense and the immediate expense of the rest of your community. You’ve done it by “fighting for everybody”, and demanding that any solutions have to be “fair” and the same for all.

The analogy isn’t perfect, but it’s entirely close enough in all its major aspects, and in the fundamental logical and moral problems it describes. Old-flight-path residents have eagerly attached themselves to protests by new-flight-path residents, but their stance and demands have too often been exactly as I’ve described.

Here and here are detailed arguments about the “fair sharing” principle and the fundamentally flawed statistics supporting the new flight paths, but the responses from old-flight-path residents have been notable in two respects: first, the loud and repeated demands for any proposal to be “fair”—fair, that is, in treating everyone equally now the new flight paths exist; and second in the deafening silence on any aspect of the actual fairness of the new flight paths. It’s as if they read this article…

The two positions are fundamentally different, and the observed arguments and behaviour of at least some old flight path residents are exactly as I’ve described. They actually play directly into the hands of the airlines and airport, either unwittingly or deliberately, and the fighting they cause in the group weakens everybody.

There is in fact no reason why proposals about “new mufflers” and proposals about removing new routes can’t go forward in parallel, but that is only possible if old flight path residents don’t work actively against the flight path change proposals, which is exactly what some of them are doing in their explicit demands that “fairness” only applies in the future, and the implicit argument that there’s no unfairness now, the argument of the airlines and airport.