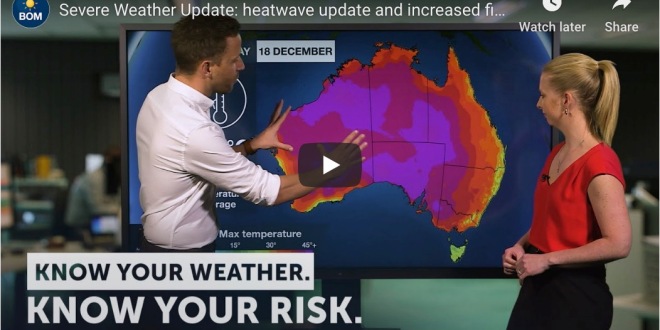 Is The ABC Avoiding Climate Change?

In a previous article I argued that it was; that in fact the ABC was guilty of “silent denial” by failing to highlight or even mention the well-established connection between climate change and bushfires’ timing and severity. (For example see the Department of Environment and Energy here, and the IPCC here in sections 4 and 5.3, and here at page 1400.)

I thought I should back that claim up with some hard evidence. So I collected every single ABC article about climate-related issues for a month*. Every article about bushfires, about drought, about heatwaves, about dust-storms, floods, and obviously about climate change itself.

Every Article For A Month

I ended up with three hundred and sixteen articles, published between December 4th and January 3rd.

A warning—if you go back and search the ABC website now, you won’t find all those articles, because the ABC has a habit of adding and subtracting and changing story content over time, sometimes even changing the front-page headline and description while pointing to the same URL. To avoid that problem, I took snapshots at archive.ph of every article as well, and that information is in the raw data.

Unsurprisingly, the large majority of the 316 stories were about bushfires.

The question was—how many of these articles even mentioned climate change, and if they did, where was it mentioned and how?

Of course nobody expects every bushfire article that’s about emergency warnings and evacuation routes to also contain a scholarly dissertation about climate change.

Equally, however, I think it’s fair to expect that a responsible news organisation would notice that it has published twenty, or fifty, or a hundred consecutive stories about record-breaking, unprecedented, massive and uncontrolled fires, and ask the simple and obvious question—why?

That’s one of the key questions that journalists are expected to ask, and answer, along with Who, What, Where, When, and so on.

So, out of the 316 articles, how many didn’t even mention climate change?

A very large proportion of the total—two hundred and sixty articles—didn’t contain a single mention of climate change.

Journalists Are Supposed To Ask “Why?”

That’s curious, because quite a few of them had content that you would think would make a journalist say, “That’s interesting! Why?”. Words like “record-breaking”, or “unprecedented”, or deep technical content of climate mechanisms like the Indian Ocean Dipole or Southern Annular Mode (IOD/SAM).

You’d think that any of those things would cause a journalist to dig a little deeper and ask “why are these records being broken, why is this unprecedented, why have these mechanisms changed, why is this happening all over the country, all the time?”

But nearly always they didn’t.

Out of 260 articles that didn’t mention climate change, 81 used language that you’d expect would trigger the question “why?”, but they didn’t.

How often did those words occur in articles that actually had some substantive discussion of climate change? (And a warning here, up until now the figures are based on completely objective measures. What qualifies as “substantive” is a subjective decision by me, however I’m publishing all the raw data so that you can perform your own analyses if you wish.)

Four times, is the answer. 81 articles that didn’t, 4 that did. What’s particularly curious is that none of articles that went as far as to explain and discuss the climate mechanisms of the Indian Ocean Dipole and Southern Annular Mode, none of those articles either mentioned climate change or discussed the link between climate change and these mechanisms. Quite inexplicable.

So what about the remaining fifty six articles, the ones that actually contain the words “climate change”. At first glance that’s still quite a lot, about 17% of the total. However that figure is quite misleading once you read the actual articles.

How Many Real Climate Change Articles?

It turns out that a significant number of the articles contain only a single mention of “climate change”, often as a quote from a bushfire survivor or as an incidental mention. There are quite a few of those. Even more of the mentions turn out to be in articles that are actually about politics in one way or another; that is, articles that aren’t explaining climate change, or the connection between climate change and what’s happening, but are about politicians talking or arguing about facts that are already beyond scientific dispute.

If you remove all of those spurious mentions, so that we can see how many articles the ABC actually published with any real climate change content, here’s what you get.

However it’s worse than that.

One of the things I and other researchers have noticed is that even when an article contains material about climate change, it seems to appear towards the end of the article, rather than the beginning. This was a purely subjective impression to begin with, but I decided to test it with hard data.

For every article that contained even a single mention of “climate change”, I measured how far into the article that first mention was, as well as the total length of the article.

First of all here’s the raw data on length only, for non-climate change articles:

Nearly a quarter of a million words written in one month about climate-related topics—without mentioning climate change. Impressive, in a way.

The equivalent data for articles that contain a “substantive” mention of climate change:

A bit less than twenty thousand words, compared to a quarter of a million.

So where did climate change appear in these articles?

This is a rather complicated table, so I’ll break it down piece by piece.

This data is for all of the articles that mentioned climate change, regardless of how trivially. The first column shows the raw distance, in words, to the first mention. Note that for all types of articles except those specifically about climate change it’s quite a long way in.

The next column is a simpler way to think about the same measure. If you assume the average ABC article paragraph contains about thirty words, then this tells you how many paragraphs of the article you have to read before you see “climate change”. This is actually important, because in many cases readers only scan the headline and don’t even read the article. If they do read, they may only skim the first few paragraphs and not read to the end, so the location of the climate change material matters.

You can see that in many cases the first mention is a long way in. In bushfire articles, the preponderance of the articles, it’s nineteen paragraphs in!

The next column is a little technical. It compares the actual location of the first mention with where, on average, you’d expect to find it assuming the mentions are randomly distributed through the article, which is a perfectly good assumption unless you have a reason to assume otherwise. The amount shown tells you how much earlier (positive numbers) or later (negative numbers) in the article the mention appears than you’d expect on average. Looking at bushfire articles, we see that they’re 89% late. In other words, the first mention of climate change in those articles is almost twice as far into the article as you’d expect if climate change mentions were randomly distributed.

So for bushfire articles the climate change mentions—for the relatively few articles that mention climate change at all—are not only deep in the article, they’re deeper than you could reasonably expect on average.

In summary: my subjective suspicions are confirmed. Even when climate change is mentioned, it’s buried in the later parts of the story.

If we restrict that analysis to only “substantive” articles, the picture gets worse.

This is the same analysis as before, but now restricted to the nine (!) substantive articles. Note that in every case the first mention is significantly “late”, and in all types except articles actually about climate change, it’s also many, many paragraphs into the story. For bushfire stories, it’s near the end.

There is a lot more detail in the raw data yet to analyse, however this first set of figures doesn’t paint a flattering portrait of the ABC.

Despite producing a laudable number of articles on important topics they have somehow managed to avoid almost completely what is arguably the most important topic of all.

Yes, it’s true that a handful of stories specifically about climate change have been published, however these are infrequent and stand alone in the flood of articles about important, life-changing, climate-influenced events going on around us every day.

The influence and importance of climate change to those two hundred and sixty stories, in reality over three hundred stories, has been erased. It has been wiped out, and in the few cases where it hasn’t, it has been trivialised and buried deep in the article where few will ever read it.

This is not responsible journalism in my opinion. The ABC has a responsibility to the Australian public to keep us informed about important news, and climate change isn’t important, it’s critical.

A few fancy graphics is no substitute for consistent, proportionate coverage of a globally and existentially important topic.

The science is not in dispute, regardless of what ignorant politicians say, and the cataclysm of the climate-induced disasters is all around us and obvious to all. Please do your job and point out the obvious connections and the real problem that’s facing us all.

*The raw data gathered for these analyses is available publicly at

Feel free to use it, with attribution and without change. It’s covered by a Creative Commons Copyright that allows free non-commercial use. It contains the URLs for all the archived snapshots together with the original ABC URLs, together with other raw and derived data. There is an explanation of the various measures and the rationale for them in a separate worksheet. Obviously the empirical data are derived directly from the articles; categories and taxonomy are my subjective choice and you’re free to disagree or try your own if you feel like reading 316 articles and a quarter of a million words.

[Edited 2020-01-19 to remove an unnecessary introduction about the importance of climate change. If you don’t understand or believe that then I’m not going to convince you and this article is irrelevant to you anyway.]