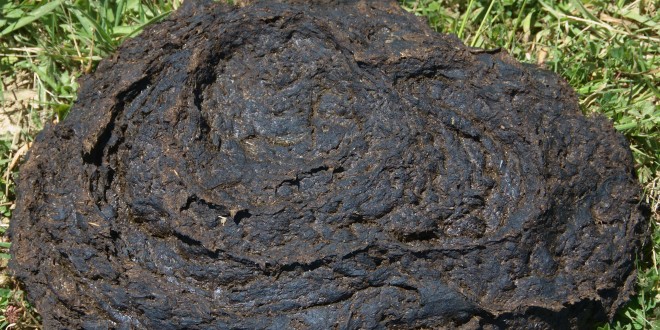 How four charts are all that’s needed to demolish the ABC’s pathetic defence of an NBN lie. If you need further explanation, it’s below.

The other day the ABC published a story about the NBN that effectively claimed that Netflix was the cause of congestion problems in part of its network. The ABC article also echoed an NBN suggestion that the additional traffic from Netflix was essentially impossible to predict.

Based on the reactions from the rest of the media, such as this article from The Guardian, or this from Newscorp, two outlets that rarely see eye-to-eye on any politically flavoured issues, it’s safe to say that the only people who agree with the ABC and NBN are the ABC and the NBN.

I certainly don’t. I originally wrote a long article pointing out the many flaws both in the NBN’s original claims and also in the article itself.

On reflection, however, I believe the ABC’s rubbish article and the NBN’s spurious claims can be disposed of with the four simple charts above.

Figure 1 shows Australia’s broadband speed ranking relative to other countries, in 2010 and today. The left column shows our ranking in 2010, just after the NBN started and before Netflix was launched anywhere but the USA and Canada. Back then we were ranked 41st, not a very good showing from a G20 economy.

The right column tells the story. Nine years later, after nine years of NBN deployment our global ranking has dropped to 59th, an abysmal showing from a country that’s supposed to have nearly finished deploying a world-class national broadband network.

But what about their excuse that it was impossible to predict the growth in traffic? Well, Figures 2, 3 and 4 aren’t very complicated, and even non-network-engineers can probably understand them.

Figure 2 shows worldwide growth in internet traffic from 2000 to 2014. The pattern is blindingly obvious – traffic is going up, and it’s going up faster and faster. If you’re a network engineer, the one thing you can safely bet on is that today’s bandwidth will not meet next year’s needs, and will fail miserably the year after that.

Just in case it’s not obvious, Figure 3 shows the growth in global traffic for the six years before the NBN was started, the years that engineers had available for planning purposes. This time the growth is plotted logarithmically, so that accelerating growth will look like a straight line.

Then Figure 4 shows the growth for the six years starting 2009, the year the NBN was started. The same graph also shows, indirectly, the effect of Netflix being launched internationally from 2010 onwards.

It’s the same straight line, with much the same slope.

In other words, growth before 2009 and growth after 2009 are consistent, predictable, and essentially unchanged.

So if the NBN claims it couldn’t have predicted the growth in traffic it means one of only two things – either they’re hopelessly incompetent, or they’re lying. Or both.

Lots of other published material from the NBN clearly demonstrates that they were aware of the growth patterns, so the only remaining explanation for congestion and speed problems in the network is that they simply failed to build sufficient capacity, NOT that some external event – such as Netflix – caused a problem, or that the growth was unpredictable.

These four graphs, generated from widely and publicly available data are all that are necessary to “fact check” the ABC’s awful article and show it to be an NBN public relations exercise rather than serious journalism, and the ABC and the journalists involved should be deeply ashamed.